Stimulating Growth in the UK Economy

On Wednesday 28 April the Centre for Policy Studies held a panel discussion in partnership with Natwest, CityAM and Hawthorn. Panel chair Christian May, Editor of City A.M., discussed "Stimulating Growth in the UK Economy" with Robert Colvile, Director of the CPS, Alison Rose of Royal Bank of Scotland, and the Rt Honorable Liz Truss, Chief Secretary to the Treasury.

‘The price of liberty is eternal fiscal vigilance’began Liz Truss. She iterated how strong economic growth is a pre-condition of a free society and argued for the need for more dynamism to develop our economy and sees an important role for entrepreneurship and enterprise to stimulating growth. Truss also spoke in favor of floating exchange rates and the opportunities for growth-stimulation that Brexit has to offer.

Robert Colvile began his speaking time by presenting Truss with a gift – a t-shit with her own hashtags for young people emblazoned on the front: ‘#Uber-riding, #Airbnb-ing, #Deliveroo-eating, #Freedomfighter’.

I am loving this T-shirt @RobColville . It might see some action later this evening....you are a #thinktanking #wonking #Megastar. pic.twitter.com/ekVJPRYHxV

Robert Colvile spoke about the need to increase productivity and highlighted issues getting in the way of this, such as house prices in the most productive parts of the country. He also had plenty of ideas to stimulate growth, including changes to investment allowances and tax cuts and incentives. He condemned the Labour Party from starting on principles that are fundamentally wrong - it is not only the state that can guide us along the rocky post-Brexit road.

Alison Rose, CEO of Commercial and Private Banking at RBS, spoke of the need for the UK to remain an open and international nation after Brexit. She was optimistic about this and the strength of our manufacturing sector but said that those companies needed help to evolve. She also expressed a desire to have better financial teaching in schools. She compared this with the drive to teach computer coding in schools as something that is becoming more of an essential tool in the modern-day. She also, along with the rest of the panel, expressed a desire to see growth be spread right across the country, too, recognizing the potential in our cities and with initiatives such as the Northern Powerhouse. 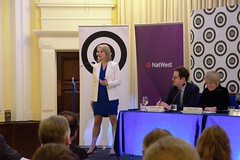 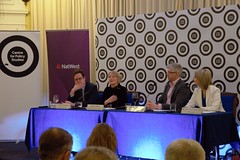 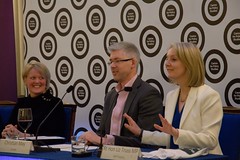 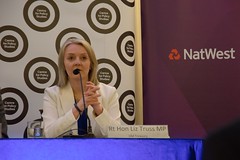 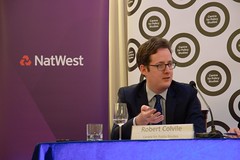 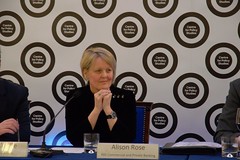