Dependency on the state is being turned round - slowly

“These statistics from the Office for National Statistics show that net dependency (defined as the percentage of households receiving more in benefits, including in-kind benefits, than they pay in taxes) has fallen by 3 percentage points from its high of 53.5% in 2010. This reflects the government’s excellent record on achieving record levels of employment in the economy.

“Levels of net dependency are, however, still too high and remain well above historic levels. The equivalent figure was 43.8% in 2000 but subsequently increased dramatically after the Labour Party’s major increase in public spending. The Government should be aiming to reduce net dependency further. 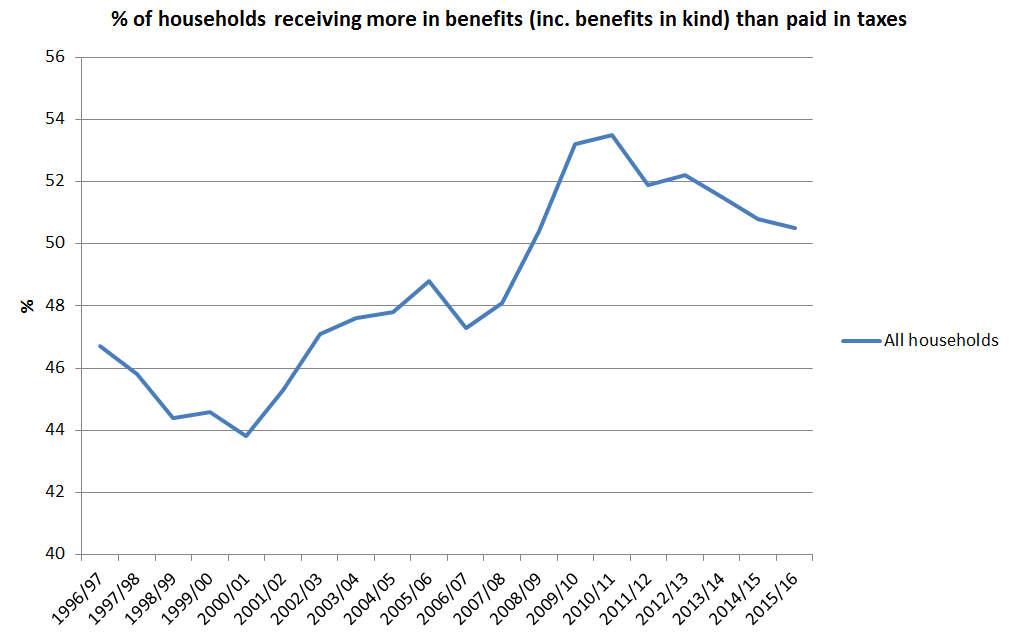 “This highlights the importance of continuing the government’s reforms to promote greater employment, including the need to set the conditions for strong economic growth and to further reduce the marginal tax rates faced by the lowest paid.”