‘Take Back Control’ was the slogan that swung Britain behind Leave. But after Brexit, argues Robert Colvile, politicians should make giving back control the focal point of their efforts – via a policy agenda built around spreading ownership and opportunity.

In his new report ‘Popular Capitalism’, the Director of the Centre for Policy Studies – the most influential think tank among Conservative MPs, according to ComRes polling – explains how an updated version of the popular capitalism pioneered by Margaret Thatcher can show people how the free market can work in their best interests.

The report warns that the Conservatives – the party that has traditionally been the standard bearers for capitalism – have failed under previous leaders to develop policies that embody the voters’ values. Polling during the Theresa May era, cited in the report, shows that the Tories are no longer considered to support low taxes, home ownership, small businesses, pensioners or ordinary people who are working hard to get on, to the point where the only group they are viewed as being on the side of are “international bankers and billionaires”.

Colvile argues that it is capitalism which genuinely acts in the interests of the many not the few, by generating and spreading wealth – but warns that concerns about inequality and corporate concentration need to be met with a policy agenda that gives people more control of their own lives, and more of a stake in the economy.

Colvile also highlights alarming CPS polling to illustrate why any new policy agenda must include delivering on the Brexit vote.

Between 2018 and 2019, the number of English voters saying they would have “no trust at all” in MPs if they had a reason to contact them with a problem rose from 40% to 54%. However, among Leave voters the figure rose from 43% to 69% - a hugely alarming sign of corroding faith in democracy. There were similar but slightly smaller rises in the proportion saying they would not trust their parish or district councils (or equivalent), showing that voters are increasingly distrusting not just of MPs individually but of every layer of government. The polling was carried out in the wake of the original extension to the Brexit process. 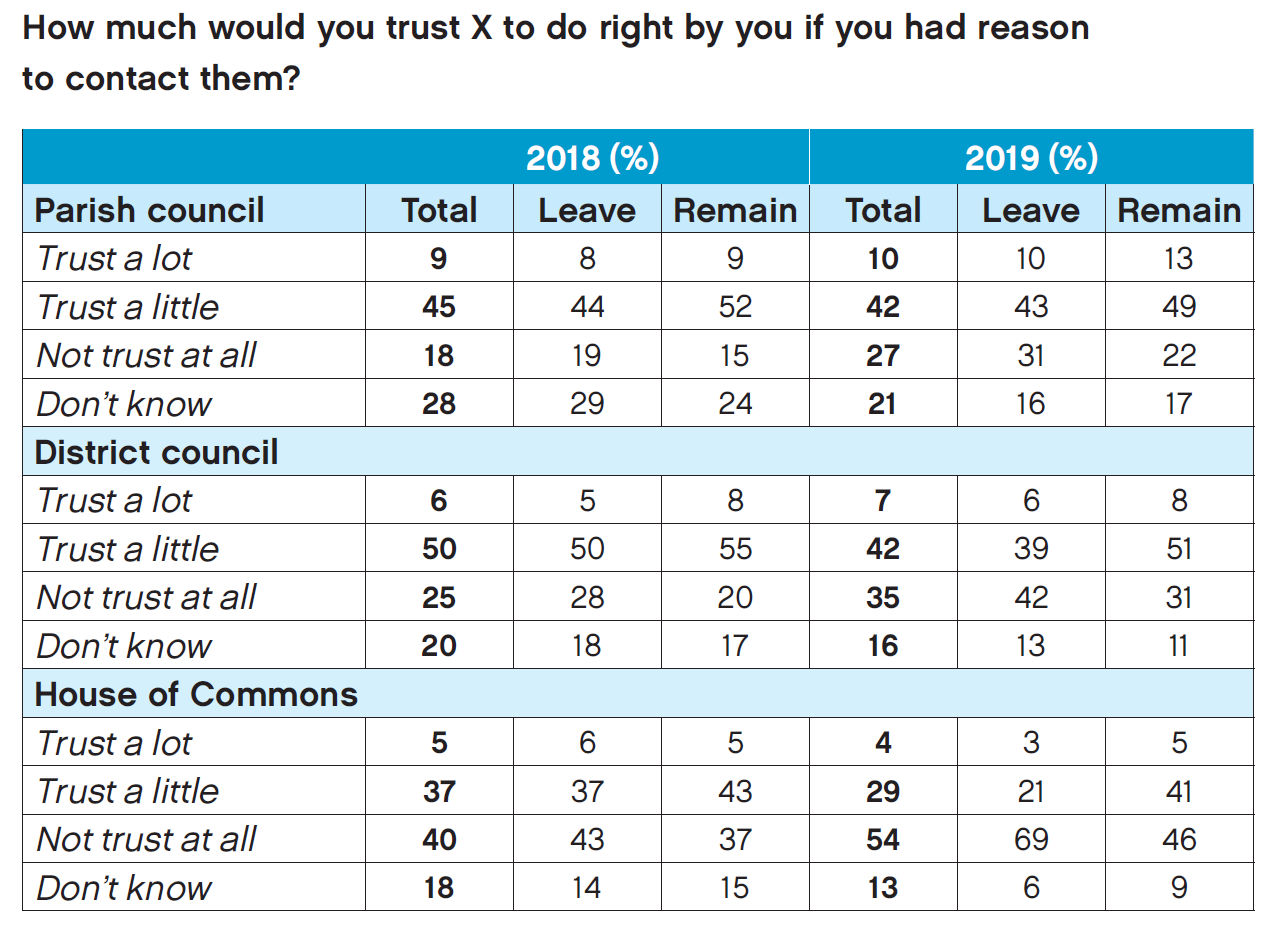 Robert Colvile said:
“Many on the Left appear to believe – and are eager to tell the world – that they have a monopoly not just on compassion, but basic humanity. To be a capitalist, in their view, is to hate the poor and love the rich.

“This report argues that a popular capitalist agenda is not just rational, but deeply moral – not just because it generates and shares prosperity, but because it is about trusting people as well as helping them, by giving them more control of their lives.”

‘Popular Capitalism’ is published on Friday 27 September and is available to read here.

Robert Colvile is Director of the CPS and Editor-in-Chief of CapX, and was one of the co-authors of the 2019 Conservative Party manifesto. He currently writes a weekly column for The Sunday Times and was previously head of comment at the Daily and Sunday Telegraph and news director at BuzzFeed UK, as well as an editor, columnist and leader writer with the Telegraph.